Inspiration for living your best life after fifty 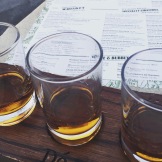 One response to “Orlando Bourbon”