I woke up this last morning of 2018 feeling excited and loving feeling that way! A new year, new possibilities, new opportunities, new adventures. Evolve. Make more money, be more creative, experience more love and connection.  Lose weight, find the love of my life, write a cookbook and a country song. Live my best life every day.  And revive my blog.

My new tagline is “Inspiration for living your best life after fifty.” The new Carolina Bon Vivant will be a little different– food and cocktails and travel, of course, but also my tips on looking and feeling one’s best and a little life coaching (because we all need a little life coaching).  What else? Over the last few years, I’ve done a bunch of online dating, read a ton on the topic,  and spent hours discussing it with other 50+ singles.  I’ve developed some expertise and want to give back to the universe by sharing what I’ve learned. If that’s not relevant to all of my readers, I figure they probably know someone to whom it will be.

I’m hoping you are excited about 2019 as well.  Forget resolutions.  What are you going to do to make it your best?

On my drive south from the mountains to my favorite little creek in Lower Alabama a couple of days ago,  I  entertained myself listening to podcasts via my Stitcher app. Two of the podcasts, including this Bon Appetit piece on retro comfort foods, talked about our nostalgia for the foods we grew up eating.  Our favorites. Dishes served for special occasions. Mom’s or Dad’s specialty. The podcast offered updated versions of meatloaf (I will be adding the bacon braid to mine),  grilled cheese sandwiches (I tried the mayo and grated cheese tricks today and loved the outcome), and tuna casserole (I’ll probably still pass), among others.  At my house it was fried chicken and mashed potatoes.  I suspect that each of my three sisters would answer the same.  That, and the oatmeal cake topped with coconut, brown sugar and pecans which I still beg my mom to make for my birthdays.

I’m not sure what my boys will ultimately pick as their nostalgia foods…  probably my slaw. Maybe Chicken Parmesan, maybe pan-fried catfish, maybe these Sloppy Joe Sliders…

Directions:
Yield: 4 servings
Prep time: 30 minutes
Cook time: 30 minutes
I must have a fresh bag of crispy potato chips with my sloppy joe — a little extra salt, a bit of crunch for a contrasting texture. If you are looking for something healthier, a little lightly dressed broccoli slaw works well too.

Paté de Campagne was not something I grew up eating in south Mississippi in the seventies.  I discovered the joys of  country paté when I moved to New Orleans after college, and regularly indulged thanks to  Martin Wine Cellar‘s deli. Then I discovered that George, most everyone’s favorite Southern Yacht Club bartender, made paté.   He called all the unmarried ladies “Isabelle”, likely to avoid calling a member’s Saturday night date by his Friday night’s date’s name.   He replaced your “red drink”– a slushy concoction of fruit punch and rum — with another before you’d finished your first, delivering each with a playfully suggestive remark that only you could hear.  He made his patés at Christmas time, delivering delicious savory bread-loaf sized terrines wrapped tightly in foil to his customers.  For years, he’d ask in his Greek accent “when you gonna come over to make paté with me, Isabelle?” everytime I saw him.  As much as I wanted to learn to make paté, I got the idea that George’s wife would not be thrilled to find me in her kitchen.
That was about 30 years ago.  Over the years, I’ve made many smooth chicken liver patés, but never attempted a country-style terrine.  After looking at a number of recipes, I decided to use Ruhlman‘s recipe published in  Charcuterie, and also available online at the Splendid Table.  I was a little wary of his spice mixture, especially compared to some of the other recipes I had considered, so I did a little research and found that Ruhlman’s recipe is a variation of the traditional Quatre épices of white pepper, ginger, nutmeg and cloves.  The spice mixture should be varied to suit your taste — I toned down the white pepper a bit because I am not a big fan, and limited the cinnamon to accentuate the savory.  I modified the meats — substituting bacon for some of Ruhlman’s pork butt — based on availability and was very pleased with the resulting flavor and texture.
Paté de Campagne
Ingredients:
For the Paté Spice:

I like my paté served very simply with crusty bread, grainy mustard and tart and crisp cornichons. 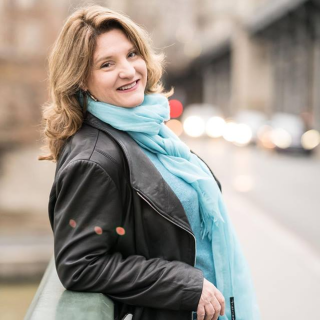